Health Insurance Among Working Artists in the United States

This report used data from the Current Population Survey (CPS) of the United States Census Bureau to examine the insurance status of artists around the country. CPS data captures information about working professional artists, but tends to exclude those who rely primarily on other jobs to support themselves. Based on 2004-06 data, the study found that artists are more concentrated in relatively expensive private insurance markets, whereas workers in other occupations more routinely receive employer-based coverage. The study also found that younger artists do not have access to employer-based health insurance, do not seek coverage under public programs, and have generally higher uninsured rates than older artists do.

Although some regional variation exists, consistent national patterns emerge from this analysis of the health insurance of artists using the 2004-2006 Current Population Survey data sets. First, people who characterize their main occupation as that of artist are more likely to have a higher income than the general adult population, but still have similar rates of being uninsured. Nearly one in five artists is uninsured (18%), compared to 19% of all adults. With 69% of working artists having a household income of over 300% FPL (Federal Poverty Level), the uninsured rate should be lower than that of the general population, in which only 58% have comparable household incomes. Artists, however, have rates of job-based coverage similar to those of the general population, instead of the higher rates that would be expected with their higher income. Additionally, artists have lower rates of public coverage, and it is the higher rate of purchase of insurance on the individual market that keeps the uninsured rate similar to the general population.

Second, lower-income artists lack access to employment-based coverage at much higher rates than their higher-income counterparts. The consistently high rates of privately purchased insurance, particularly in California, keep the uninsured rate from ballooning past one-third of all lower-income artists (34%). Finally, younger artists have higher rates of being uninsured compared to older artists, which is consistent with the general population but suggests particular action among artists.

These patterns suggest several possible avenues for improving health insurance coverage for artists. LINC and its collaborators already support efforts to expand employment-based coverage, particularly among artists who work in small businesses or are self-employed. Also, from the high rates of privately purchased coverage, it is clear that the artist population values health insurance and is willing to participate in the individual market.

However, privately purchased health insurance may be out of financial reach for many artists. It tends to be more expensive than group coverage, such as that obtained through an employer, because of: 1) the high administrative costs associated with frequent enrollment and disenrollment; and 2) medical underwriting, in which each applicant is evaluated by the insurer with respect to his or her risk for using health services. Medical underwriting results in higher expenses for older artists and those with health problems. Older artists and those with health problems often are excluded altogether from the individual health insurance market, except in the handful of states that require insurers to cover all persons without respect to health status or age and to use some form of community rating. LINC and others have examined collaborative projects to bring affordable individual market insurance products to artist populations; these efforts could be expanded, with a particular focus on affordability for artists with household incomes below 300% FPL.
Finally, the low rates of Medicaid coverage could be partially due to eligibility rules, but also partially to a lack of education among artists regarding possibilities for public coverage. Education about available options would move these rates upwards, as artists apply for public coverage in the states in which they might be eligible. 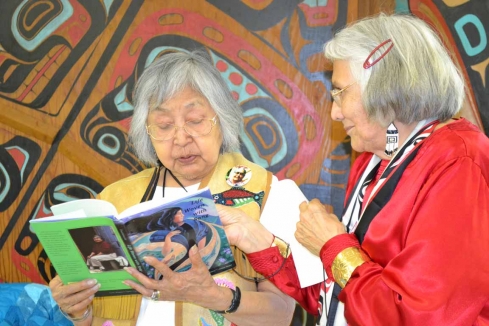 “LINC has really pulled the field of artist spaces together in a lot of ways.”