The founders of Leveraging Investments in Creativity chose the name for this experimental initiative with intention. They hoped to leverage the findings and recommendations of the Investing in Creativity study into multiple approaches in multiple communities, meaningfully enhancing conditions for artists. They also hoped to leverage new investments—financial, intellectual, social, political, and technological—into the systems that enable artists to make work, build social capital, and contribute to democratic values. And they hoped to leverage new thinking about the nature of creativity itself and the role that artists play in making our neighborhoods and communities livable.

Over the course of ten years, LINC invested more than $18 million toward these goals, for programs and services benefiting artists and their work in communities across the country. Tens of thousands of artists and community members were touched directly by programs supported by LINC—through its grants, convenings, research publications, online information resources, and other programs and activities. Not all of LINC’s efforts were successful, of course, but the return on the investment was substantial by any calculus.
However, the money and the numbers are only part of the LINC story, and for many associated with its work, not the most important one. LINC exercised its greatest leverage in propelling a change in conventional concepts about artists in society. The Investing in Creativity study, and LINC’s work building on its findings, reinforced the emerging view that artists are not a special and segregated interest group but an essential part of any healthy, vibrant, and adaptive community—people who contribute critically to making all communities creative and just. It was not a coincidence that many of the major events in American society during the LINC decade—the housing crisis, the economic recession, the health care debate, and demographic shifts documented in the 2010 Census—were issues that LINC addressed, because artists are community members too, and these issues impact their lives and welfare directly. Such crisis points also reveal opportunities for artists to contribute to national and local responses.

The breadth and depth of LINC’s impact on particular communities, artists, and organizations—and on the larger conversations about policy and practice that are taking place at the national and local levels—reflect both the insightfulness of the Investing In Creativity report and the imagination, enterprise, and determination of LINC’s staff, advisors, and partners. Great credit goes to the Ford Foundation for seeding the LINC experiment, and sustaining its work over a decade. Other funding partners—particularly The Kresge Foundation, the Paul G. Allen Family Foundation, the Nathan Cummings Foundation, the Doris Duke Charitable Foundation, the John S. and James L. Knight Foundation, MetLife Foundation, the National Endowment for the Arts, the Rockefeller Foundation, and the Surdna Foundation—provided financial and intellectual backing at critical junctures, as did more than 20 local funders who extended LINC’s investments by supporting its partners’ work in communities across the country.

Did LINC improve conditions for all of the two million-plus artists in the United States? No. Many of the problems identified in Investing in Creativity persist, and artists in all communities still struggle to make a living from art, find the housing and workspaces they need, secure necessary equipment, and access health insurance and other critical supports. But inspired by the opportunity to think in fresh ways about the role of artists and how to support their work, the LINC partners advanced the idea that artists abound in every community and that they can make essential contributions to the health and vitality of each community, if given the opportunity and support to do so. On this important foundation, the next phase of work can begin. 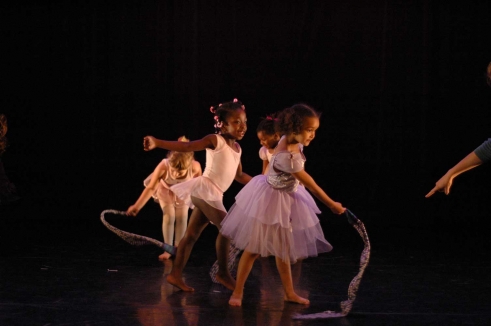