Although I am given credit for being its founder, LINC has many parents and its story really began with Susan Berresford and Christine Vincent in 1999. Susan, then the President of the Ford Foundation, issued an invitation to the foundation’s program staff inviting them to submit ideas for “big bet” initiatives—projects or lines of work with the potential to create substantial positive change in Ford’s areas of interest. She was open to any idea, as long as it had the potential to pay off big.

Shortly after Susan posted her call for proposals, Christine Vincent, Ford’s deputy director for Media, Arts and Culture, invited me to dinner. I was then Program Director for Arts, Parks and Adult Literacy at the Lila Wallace-Reader’s Digest Fund. Chris and I were colleagues who had partnered on multiple projects and who shared a growing concern about what was happening to support for artists in our country. In the wake of the “culture wars” of the 1980s and ’90s, the National Endowment for the Arts had virtually eliminated its Artists’ Fellowship Program in 1994, and this had triggered other cuts to programs and services benefiting artists. Chris wanted to submit a “big bet” proposal focused on U.S. artists, and we debated possible approaches at length. In the end, we agreed that meaningful change in artists’ support system was stalled by a lack of information. No important and long-lasting change in policy or practice was likely to occur without well-grounded, rigorous and comprehensive research. By the end of dinner, we had sketched a rough outline for a national research initiative that would engage policymakers, funders, and practitioners; generate useful new knowledge; and—we hoped—precipitate multiple “downstream” improvements for a diverse range of artists in all parts of the country.

The concept we outlined that night intrigued Susan and others at Ford, and they gave us a green light to proceed to the next step. Chris then invited me to plan the research study and organize a national funding consortium to support the research effort. Together, we invited Maria Rosario Jackson to organize and lead a research team at the Urban Institute. Ultimately, we were able to attract 38 funders across the country to contribute to the project—one of the largest funding consortia ever organized to support a national arts initiative, and the only one of this scale focused on artists.

The design of the research project was unusual in several ways. First, it was not just a study about funding and training for artists, which had been the primary concerns of most previous studies in this field. Investing in Creativity was designed to look at artists as members of numerous communities—artistic and professional, cultural, economic, political and technological. It considered artists as freelance workers who need income, but also health insurance, appropriate space and equipment, professional networks, and validation.
Second, the study had both local and national dimensions. We wanted to understand how life is lived by artists in specific places, and what could help more of them succeed and contribute to their communities. Local case studies would be undertaken in nine communities, helping artists and policymakers in the selected sites but also offering insights for other communities. Multiple national components, including an unprecedented poll on attitudes toward artists, were included to shed light on national patterns— for example, how much funding was available to artists in different disciplines, and how support varied in different parts of the country.

Third, the study married the highest standards of social science research with a practitioner’s pragmatism. I raised the funds for the study and worked alongside the research team throughout the project, managing some of the logistics and contributing to its overall conceptual development. From the beginning, I wanted the study itself to generate useful products, and to ensure that the final material hit the ground in a way that would mobilize action at multiple levels. For this reason, we contributed study funds to expand and strengthen NYFA Source, the most comprehensive online and interactive database on grants, programs, services, and publications for artists in the U.S. We also organized regular meetings with the funders to update them on progress, discuss emerging themes, and explore possible responses. And as soon as preliminary findings began to emerge, I started conceptualizing a national initiative that would use these results to propel change.

The study was released in 2003, and its findings provided a marvelous armature for that planning. The research team identified six distinct but inter-related domains that shape the lives of artists and are critical to their success. I took these findings as both a call to action and a way to think about action. The framework itself offered a new way to approach support for artists in different disciplines, at different career stages, and in different places or cultural communities. It also suggested new ways to think about policy and practice at local, regional, and national levels.

Roberta Uno, Susan Berresford, Alison Bernstein, and Margaret Wilkerson at the Ford Foundation, and an informal group of advisors including Sam Miller, Cynthia Mayeda, Liz Lerman, and John Killacky contributed important ideas to the planning. Together with others involved in the study, we designed the architecture for Leveraging Investments in Creativity and began raising funds for it. The plan for LINC had both national and local components, organized to reinforce and propel each other. Our idea was that a non-hierarchical partnership between LINC and an array of national and local collaborators could build a network in which any of the partners could be a leader at any point.

Perhaps LINC’S most radical feature was our plan for it to be a time-limited effort that would sunset at the end of ten years. We designed it this way for discipline and for freedom. By making it a ten-year initiative, we could keep a laser focus on the original priorities and not confuse our mission or be tempted to shift course to sustain the organization when initial funding expired. Also, given the pace of change, we knew that after a decade, the circumstances of artists would likely have shifted significantly, and it would be desirable to take stock again and develop a different kind of intervention that took those changed conditions into account.

We now celebrate the many tangible and significant achievements of LINC and its partners. These advances in theory and practice are detailed in the report that follows. But as I look back over ten years of work, I think that ultimately LINC’s most important contributions are conceptual.

The national funding partnership that financed the Investing in Creativity study and the research project’s collaborative design shifted funders’ sense of what is possible to do together to improve conditions for artists. The study findings altered people’s understanding of the landscape for artists at national and local levels and created a conceptual framework for policy and action that continues to influence leaders’ thinking today.
LINC’s unusual design, flexible grantmaking strategies, research program, and cross-sector partnerships opened new possibilities for intermediaries in the arts, and its ten-year lifespan may be a model for others in the future. LINC’s pioneering focus on the lives of artists in communities changed the thinking of many policymakers and community developers and put artists inside important economic and community development conversations, â?¨in many places for the first time. This has expanded artists’ own ideas about what they can do and how they can benefit themselves and their communities simultaneously. 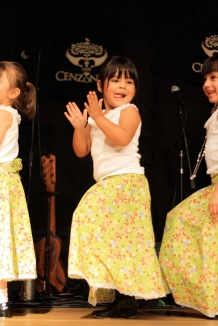 “LINC's most radical feature was our plan for it to be a time-limited effort.”