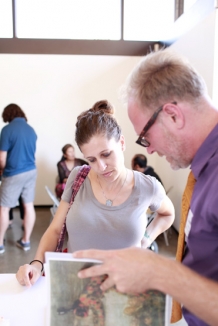 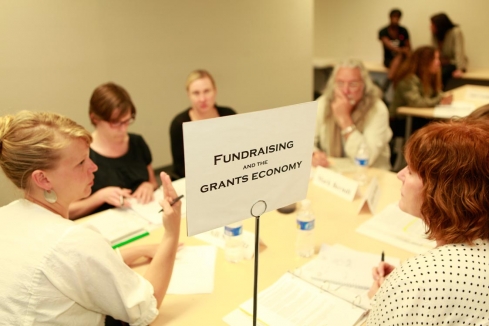 Analysis of the 2000 Census by the Special Equal Employment Opportunity Tabulations and additional research by economist Ann Markusen indicated that California is home to nearly one-fifth of the nation’s entire artist population. The Center for Creative Communities (CCI) was founded in 2001 to help this large and diverse population of artists sustain their artistic work and lives, particularly in the three areas most densely populated by artists:  Los Angeles, the Bay Area, and San Diego. CCI focuses its programs on three issues: entrepreneurial training, grantmaking and convening, and research for and about artists.

With LINC support, CCI created and formalized the Business of Art (BoA) entrepreneurial training program and published two editions of the companion textbook, Business of Art: An Artist’s Guide to Profitable Self-Employment. The BoA workshops have reached more than 10,000 artists across California. This series is now supplemented by a program providing customized, one-on-one counseling to artists to follow basic entrepreneurial training. Based on the success of these programs, CCI is considering online delivery mechanisms and partnerships with academic institutions to extend its reach.

LINC also enabled CCI to develop the Artists United for Health Care website, an advocacy portal to increase artists’ information about and participation in the state’s universal health care proposal, in 2008. This pilot project served as the inspiration and model for The Actors Fund’s national online advocacy platform. LINC support also allowed CCI to create the “Citizen Philanthropy Project,” an online portal to support artists and social innovators working in communities.

“We believe that the ultimate quality and vitality of cultural life in California will depend on the strength of the full range of artistic voices and expressions,” said CCI President and CEO Cora Mirikitani. “LINC’s support between 2004 and 2012 was instrumental in helping the development of a young organization with big ambitions.”

“LINC aspired to find new models of support for the arts... embedded in the lives of diverse communities.”